How long have you lived in Kelvedon?
I came to Kelvedon from Bermondsey, London, in March 1984 to take up the post of manager at the Grangewood Centre (Formerly the Spastics Society/SCOPE) on High Street. I have lived on Church Street since then.

I was born and raised in the Kent countryside living on a farm for the first 9 years of my life.

What’s your career history?
I became 68 in January this year so in career terms “I have a few miles on the clock”!!

I left school at the age of 15 at my headmaster’s suggestion, he seemed to think that I had outgrown what his school had to offer. After a couple of general labouring jobs I joined the army as a Royal Engineer and attended a Military College in a place called Chepstow, which is on the England and Wales border. I trained as a Plant Fitter and Combat Engineer. In the early 70’s I made a career change and trained as a nurse and then moved into social services as a manager of residential services for children with significant special needs.

Since then I’ve managed a range of residential and day services for children and adults with a number of local authorities and charities. For a number of years I worked as a senior operational manager for a major, private health and social care provider. In 2009 I took early retirement from the position as an operational director for a specialist health and social care providing charity. Since retirement I have worked as a self employed case manager in the fields of progressive neurological disorders and acquired traumatic brain injuries.

What voluntary organisations have you worked with?
Since moving to Essex I have held a number of formal positions including being a former Chairman of the Mid Essex Community Health Council and membership of the Local Research Ethics Committee. In addition to these former roles I am currently a volunteer river warden, tree warden and an active Rotarian.

What hobbies and spare time activities do you have?
In the late 90’s I was lucky enough to find a ruin in Crete which I had converted to an “overseas bolt hole”. I spend 8 or 9 weeks a year over there. In addition to that I am an enthusiastic, but useless clay pigeon shooter. As part of my commitment to the village I spend a significant amount of time and money in some of the village hostelries ensuring their current and hopefully future viability. As a CAMRA member I attend a number of beer festivals. I am also a member of Rotary International, the National Trust and The Royal Horticultural Society.

Why did you join the Parish Council?
I joined the Parish Council because I wanted to positively contribute to the village future as a place that has given me a lot of joy and opportunities. I wanted to try and ensure that the village maintained its commitment to the families who have lived here for generations whilst supporting people and families that have joined our community from elsewhere.

What do you hope to achieve in your role as a Parish Councillor?
In my 10 years on the Parish Council I have chaired, or currently chair, a range of committees and continue to be involved in all committees as a member. I try to ensure that when the council moves to decision taking or setting the councils direction that the views of the parishioners are considered fully. We are as a Council, embarked, with the support of some exceptional parishioners, on the process of creating the Kelvedon Neighbourhood Plan; I hope to contribute fully to that process. 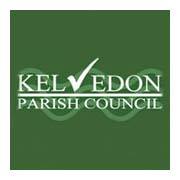 The Parish Office is currently closed to visitors, until further notice, however, you can still contact us as below: